Haluk piyes: The solution is this “vaccination” of love

I’ve recently had the pleasure of meeting Haluk Piyes. This multifaceted Turkish-German actor/director is also a social counsellor who specialises in the struggle against drug abuse and high-risk behaviour on the part of teenagers. 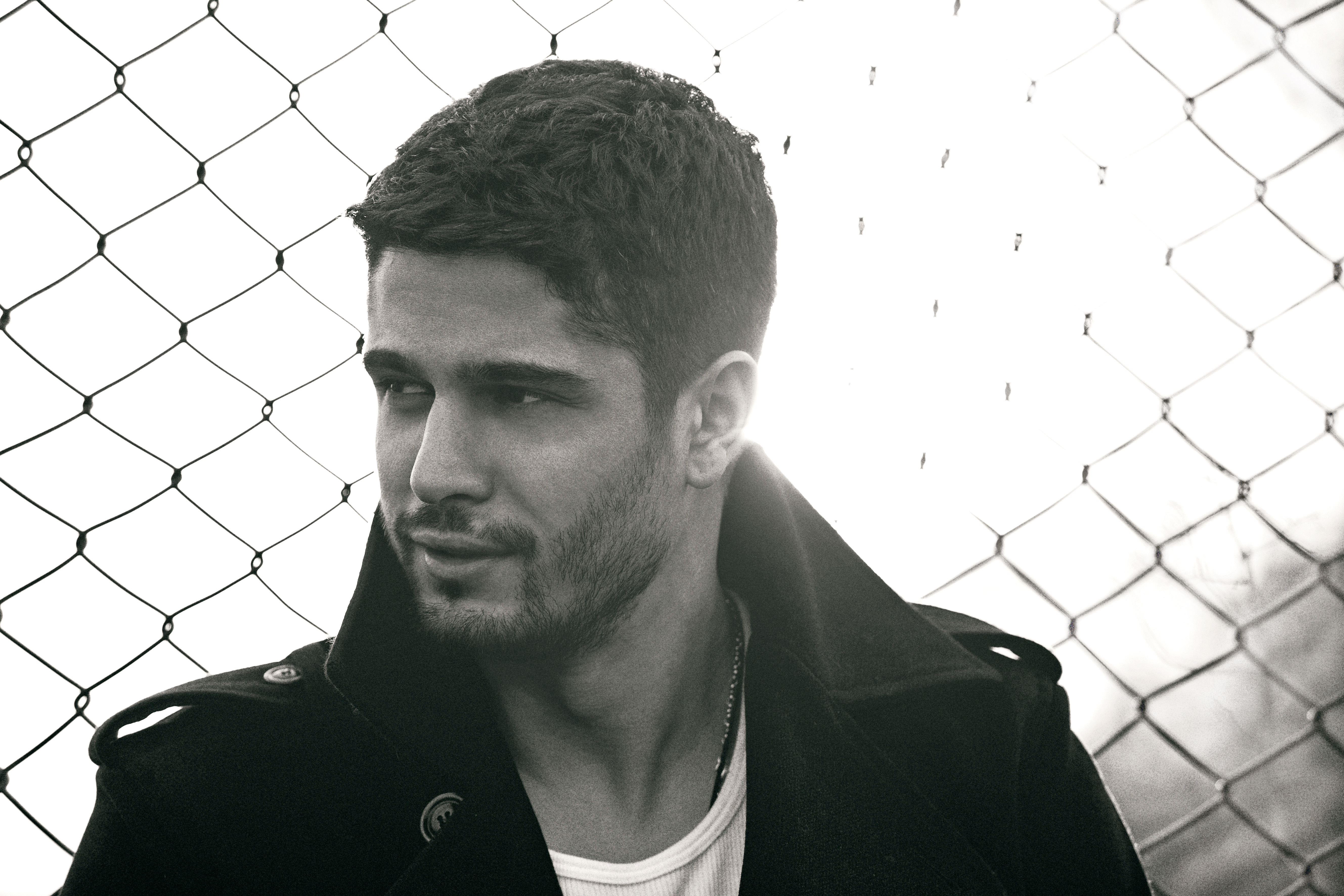 Haluk Piyes is not just an actor in his prime, but also fully committed to his cause. He’s an artist, but also a man with a heart. He candidly told us about his work with young people who are affected by addictions. Let’s explore his secrets, and his recipe for happiness!

– I would like to talk about your work as a counsellor; why this specialisation in the field of addiction?

– When I was younger, I lost friends who were addicted to drugs. I saw my friends as my family, and I set myself the task of helping them. A lot of my friends fell into the trap of addiction. I was lucky to escape, above all because of the “vaccination” of unconditional love from my mother, but also because of doing sport and the support of my teachers.

– Have you ever tried drugs yourself?

– No, never. I was the classic kill-joy you find in the ghetto, the one who goes around putting out the cigarettes and breaking the bottles, the friend who isn’t very popular! But my determination to help them was so important that I didn’t care what they thought. Anyway, years later some of them have come to say thank you.

– Do you think we’re all equally at risk from drugs?

– No, I don’t think so. It depends on a lot of things. The family setting is important; the child of a drug-user will always be more vulnerable. It is said that in general the first 6 years of life, known as “early childhood”, are crucial in a child’s development. I think that can be extended to the age of 10. If somebody is exposed to traumatic influences in early childhood, we are going to see them drift off course in a more or less adverse way, which can naturally lead to addiction. Experience tells us that children from families where there is violence or a lack of love are more liable to become “junkies”.

– So the family environment has a considerable influence?

– That’s right. During his first four years, a child is going to store up, in physical terms, a whole collection of reflexes, including imitative reflexes. What he sees during this period will be the base upon which he develops his “self”. It follows that if the parents take psychoactive substances, he will be that much more likely to imitate them. On the other hand, if his parents are affectionate to each other, that will become his reality.

– In general, at what age do people start to take drugs?

– That can vary depending on the environment, socio-economic conditions and the locality where the child spends his time. It seems that children start to take psychoactive substances while they’re still at primary school! There’s some truth to that, but we shouldn’t generalise. However to think that children are victims of drugs even in primary school is a real tragedy. 1 child in 5 is affected! Unfortunately this rate is increasing.

– Is it true that people take drugs above all to forget their problems?

– I found this out for myself at several different times. When I was living in Germany at the age of 13 or 14, my friends organised evening sessions where they just wanted to get “wasted”. It was not about having some wine with a meal, they wanted to forget the worries of their everyday lives. And I used to put them in supermarket trolleys to get them back to our neighbourhood.

– But what was it they wanted to forget? Money worries?

– When people want to get that “wasted”, what they really want to forget is the absence of love. Material things become important when something else is lacking. For example, a child who has torn shoes but who is loved by his parents is not going to get very focused on his shoes. But imagine the same scenario minus the love of his parents. When the child sees other children with nice shoes, as a result of which they are loved, he will also want nice shoes because he wants to be loved and recognised. The solution is this “vaccination” of love that you have to give to children. If it’s missing, they will try to make up for this lack by some other means.

– Yes, but not everybody who doesn’t have loving parents takes drugs!

– Ideally, a child should grow up in a loving family atmosphere, but if that doesn’t happen, the child may be able to get that love elsewhere (teachers, neighbours, etc.), and that can compensate in a way for the lack of affection. Afterwards, it’s possible to self-treat by giving love without expecting anything in return. However that is a great virtue and children may not be able to understand it …

– When you work with younger children, how do you approach the question of drugs?

– Above all, I don’t talk to them about drugs. It’s no use arousing their curiosity. I structure my work around prevention before anything else. I try to vaccinate them with love by teaching them to give it to the people around them. If you support and develop belief in love, you help yourself at the same time. It’s an instinctive need that we are born with.

– How can you recognise a young drug-user?

– We should not be too quick to interpret a worrying situation. Unusual behaviour can have a number of causes (fatigue, stress, problems at school, etc.). You must just keep an eye on it and observe the signs. If a child starts stealing, to have problems with the police … it could be that he has a problem.

– In that case, what should we do?

– If our child is behaving in an unstable way, the first thing to do is look closely at ourselves. Maybe the family environment explains his attitude, or it could also be that there’s an external problem (school, friends, etc.). Once again, there is no universal rule, it’s not just because a child doesn’t have exemplary parents that he is going to take drugs, or the other way around.

– How do we broach this subject?

First you need to know that the child is not under the influence of drugs, because otherwise he may not understand what you are saying or may react in a violent way. Before anything else, you have to create a climate of trust with the child. When this trust exists, it will be easier to have a dialogue. Above all, one must look at the first causes that pushed the child to turn to drugs. To avoid addiction, we need healthy social attachments, particularly with the family but also with friends and in social activities. Each child is different and has his own problems, so each case much be treated individually.

– It is said that the brains of people with addictions are damaged. What do you think?

That really depends on the substance being used and especially on the length of time. You can’t compare a hard drug with the consumption of tobacco, for example. Some drugs can have irreversible adverse effects on the brain, but that’s not true of all substances. Rather than focus on the consequences, we have to work more on prevention. If 5 children in 20 take drugs, those 5 children are, obviously, very important but the other 15 are just as important! We need to do all we can to prevent young people ever starting.

– You have two jobs, which could be seen as opposed to each other. On one side is the offbeat world of the cinema, on the other is the struggle against drugs. Is there a paradox?

– Before everything, I love the world of movies. Also, it’s a tool that lets me get messages across. As you know, a scalpel can be used by a doctor to save lives or by a murderer to kill. It’s the same with the media. Undeniably, sound and vision have a real impact on our lives and a wide appeal. It’s up to us to use them in a responsible way and for good purposes. There is an industry which uses them to push people towards drug-taking. I use the same media to resist this tendency!

Haluk Piyes, who has been exposed to the problems of drugs since his earliest childhood, has always struggled against this terrible addiction which has taken many of his friends. His commitment and sincerity are touching in the apparent simplicity of his proposal to keep children safe from drugs by a “vaccination” of love. Unconditional love and tenderness within the family are the secret for keeping young people from taking the wrong path.

Listening to him, this man is certainly not the artificial person his acting work might lead to us to expect. On the contrary, he uses his high media profile to convey his message about prevention!

Haluk Piyes is an outstanding example of sincerity and authenticity, who has chosen to share the “vaccine of love”, provided by his Mum, with the whole world. 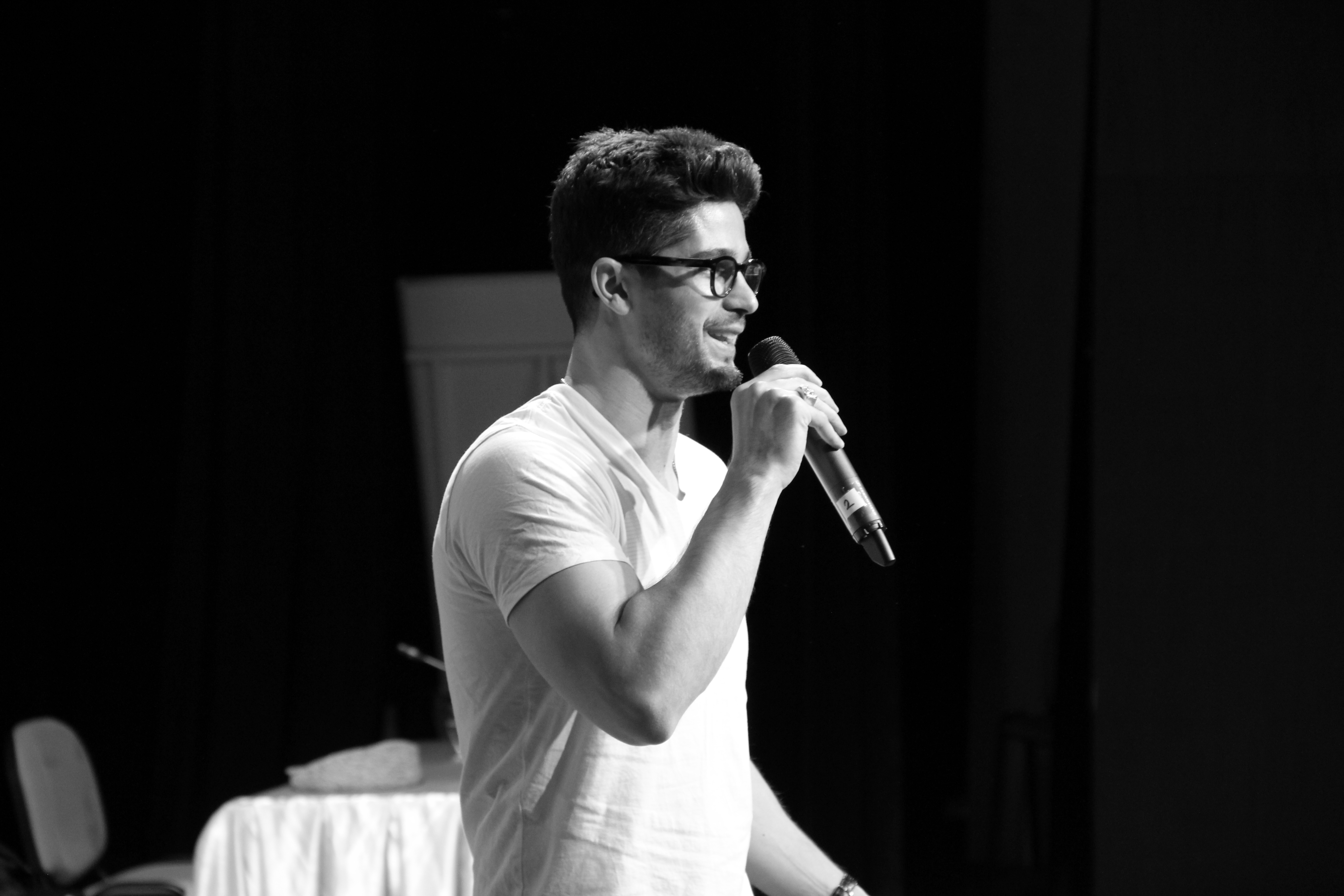