Luminette | Light therapy that goes wherever you do

For some months I was in a club with a very big membership – people who have difficulty sleeping. I’d been having trouble getting to sleep, and I’d been waking up in the middle of the night and then not being able to get back to sleep again. Being a supporter of gentle methods, that’s where I started to try to deal with the problem, with transformational breathing, meditation, herbal teas and other more imaginative ideas. But none of them worked. Then I discovered the Luminette. I already thought the name was cute, and at the point I’d got to, I thought it wouldn’t hurt to give it a try. 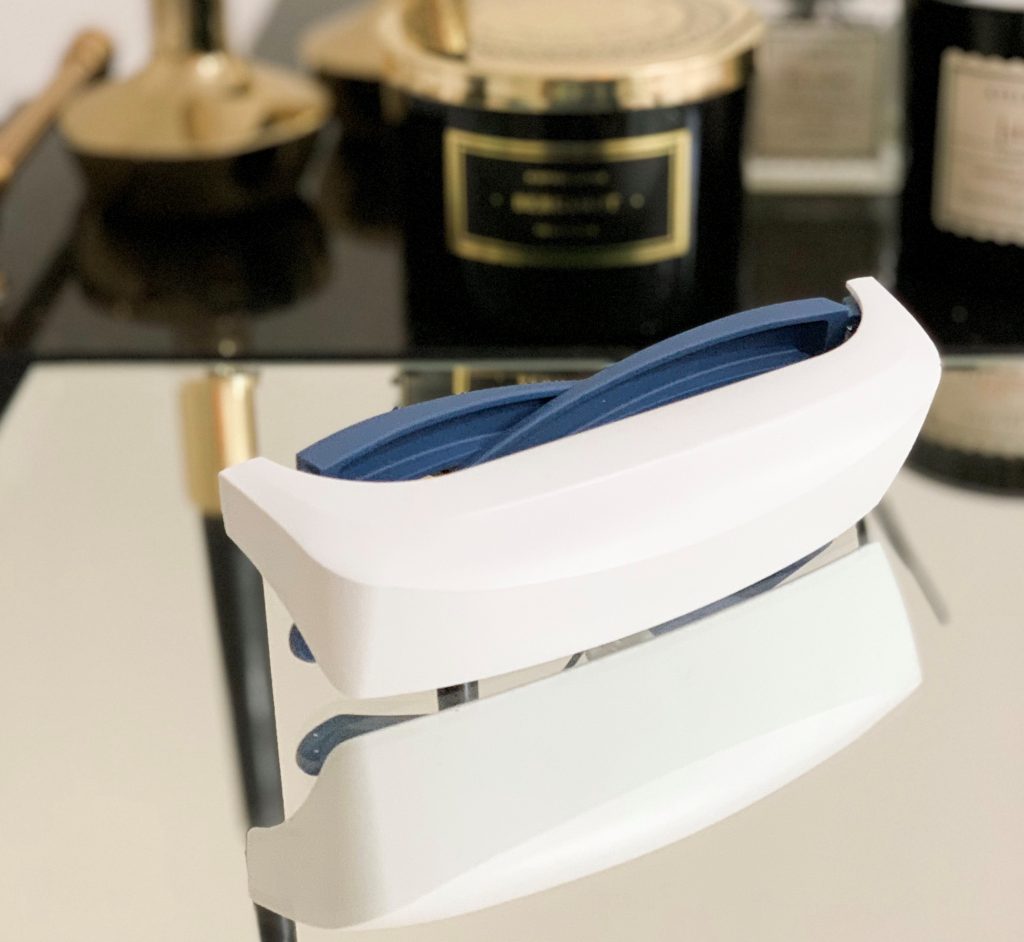 The principle of the Luminette is simple. It’s light therapy, with the difference that the light source is a pair of glasses, so you can get on with things rather than having to stay seated in front of a lamp.

I felt better in myself from the start. I thought it was a placebo effect, not least because I really wanted it to work… Then, as time went by, my sleep patterns sorted themselves out. I had unbroken nights, which I’d almost forgotten about, falling asleep easily and not waking up at all during the night. As a result, I’ve got back my daytime energy and I don’t get overtaken by fatigue during the afternoons.

I use my Luminette when I get up, for about twenty minutes while I have breakfast. The light is at the top of the glasses, so it shines downwards like sunlight. It’s not at all distracting, and I can do other things during my light therapy sessions.

I travel far and often, and these glasses are just as effective at combatting jetlag. I take them with me when I go on trips. They’re pretty compact, and they don’t make my bag heavy to carry.

The experiment has been totally positive. Wearing these glasses for twenty minutes a day, sometimes a bit longer, is not at all restrictive and, above all, I sleep like a baby now.