In 2009, Swedish dancer and celebrity trainer Viveca Jensen launched Piloxing, a cardio-fusion of boxing, Pilates and dance. Today, Piloxing has spread across the globe, with the Piloxing Academy reaching 83 countries and 1.5 million participants each day.

After suffering a knee injury that ended Viveca’s burgeoning dance career, she created Piloxing by fusing three of her favourite exercises: Pilates, dancing and boxing. While undergoing rehabilitation, Viveca had become a devoted follower of Pilates and went on to become a Master Pilates instructor under the watchful eye of Ivon Dahl. Opening her own Los Angeles-based studio, Viveca began to experiment with her classes, using elements from other disciplines. The fusion of Pilates and boxing became what is now known as Piloxing, and has taken the world by storm since it was unveiled to the world.

Since the introduction of the Piloxing Academy in 2009, the exercise discipline has grown leaps and bounds, and has been called the “it” exercise of the twenty-tens.

But how does combining Pilates and boxing for a cardio workout actually work? The unique high-energy method blends principles of boxing, dance, and Pilates to deliver a full-body workout that torches calories, sculpts lean muscles, and increases flexibility. A 45 minute session of Piloxing can burn between 900 and 1200 calories, making it not only effective, but time efficient.

Combining squats, lunges, leg lifts, boxing jabs and more, Piloxing engages the exerciser’s core during the workout. Sculpting beautiful abs for beach season or helping to improve weak back muscles for posture, Piloxing is the new exercise programme that will have participants coming back for more.

Piloxing also implores participants to use bare feet during the workout, maximising balance which, in turn, strengthens the core further. The addition of half pound weighted gloves gives participants the chance to use weight and resistance to chisel lean muscle in their arms and shoulders.

Catering to people ranging from the ages of 17 to 70, Piloxing’s level of intensity suits participants of varying degrees. From beginner to advanced, Piloxing not only burns calories and builds strength, but it supports participants mentally, too. 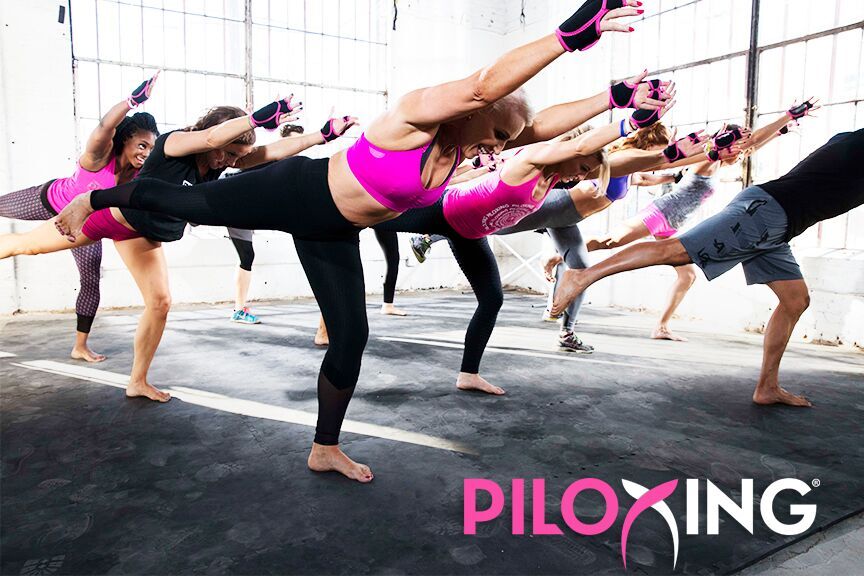