Chocolate – When a Sweet Love Story Gets Bitter

Maybe our first question should be “Is it possible to be addicted to chocolate?” 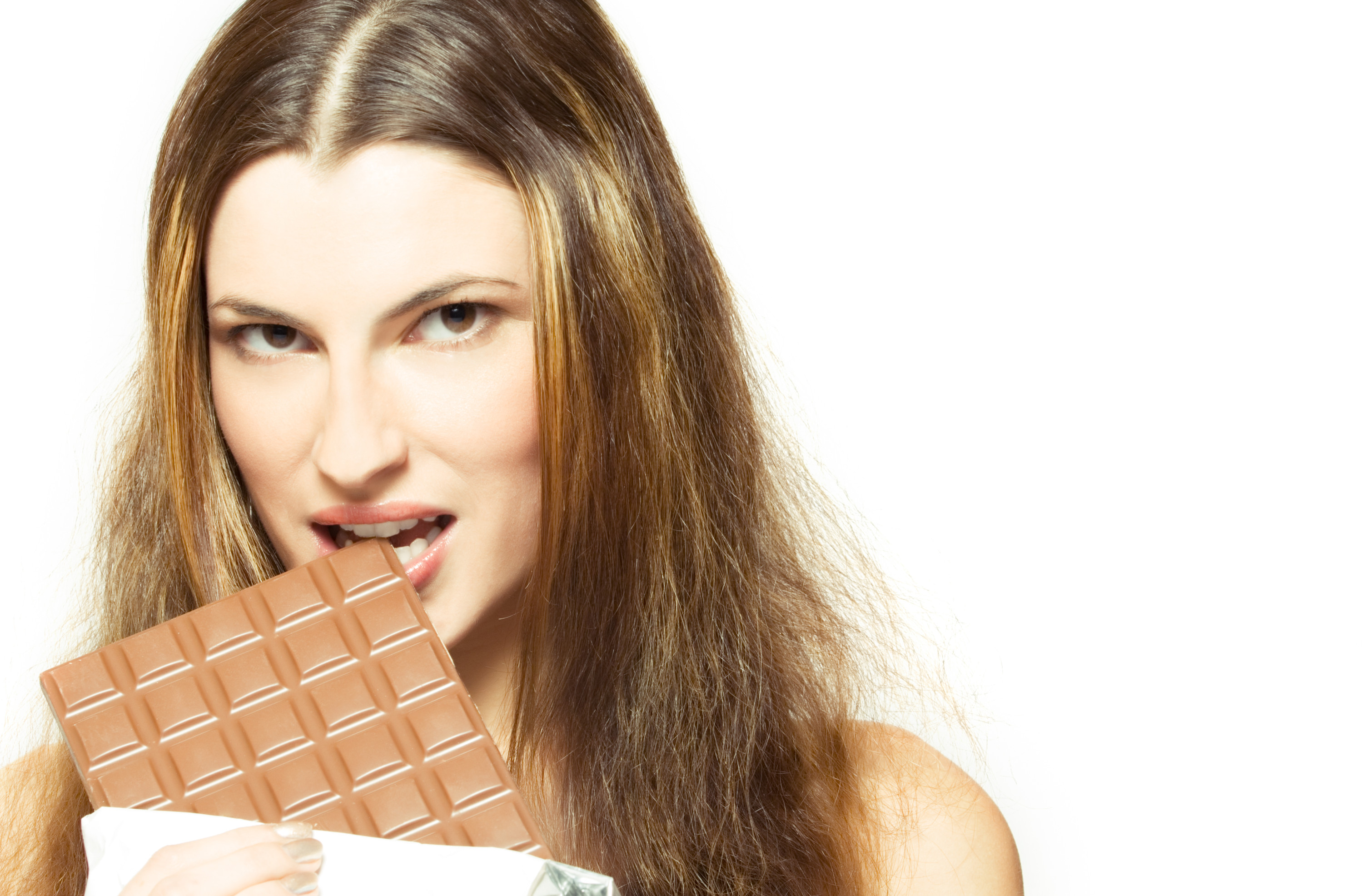 Although many studies have shown that chocolate can contain addictive substances, none has yet proved that it creates dependence. Nutritionists reject the idea and speak instead about unbalanced dietary habits. In this context, I feel like saying that the name is not important. Whether “chocoholism” really exists or not, I know that lots of us suffer from an intense desire to consume chocolate. As an ex-chocoholic or chocolate addict myself, I know something about it! This apparently innocent “dependence” is not always as gentle as you might think, and is capable of making daily life extremely difficult for some people.

Once upon a time in a flat country…

Having been born in Belgium, which is chocolate heaven, I used to eat it every day at quite frequent intervals. And since I didn’t put on weight, I could exaggerate! At that time, the importance of healthy dietary habits was not generally known. Our cupboards were always full of sweets and chocolates. On the rare occasions when we ran out, mum had to get a stock in quickly. She knew it was a serious business for me. Because I was so difficult about food, she didn’t want to deny me something I got so much pleasure from eating.

Those days survive only in these few lines. My willpower overcame my constant demand for chocolate, which used to be uncontrollable. I know this intense craving, and that it can make us lose all control. I know that we may carry on eating chocolate, despite ourselves and despite all the undesirable consequences. It was a challenge I took up, a bet that I won much more easily than I expected. I still sometimes eat chocolate on rare occasions, but usually I prefer a healthy snack. It’s not that I deprive myself, just that I’ve trained my body to appreciate healthy food which gives me the same satisfaction without creating a craving. 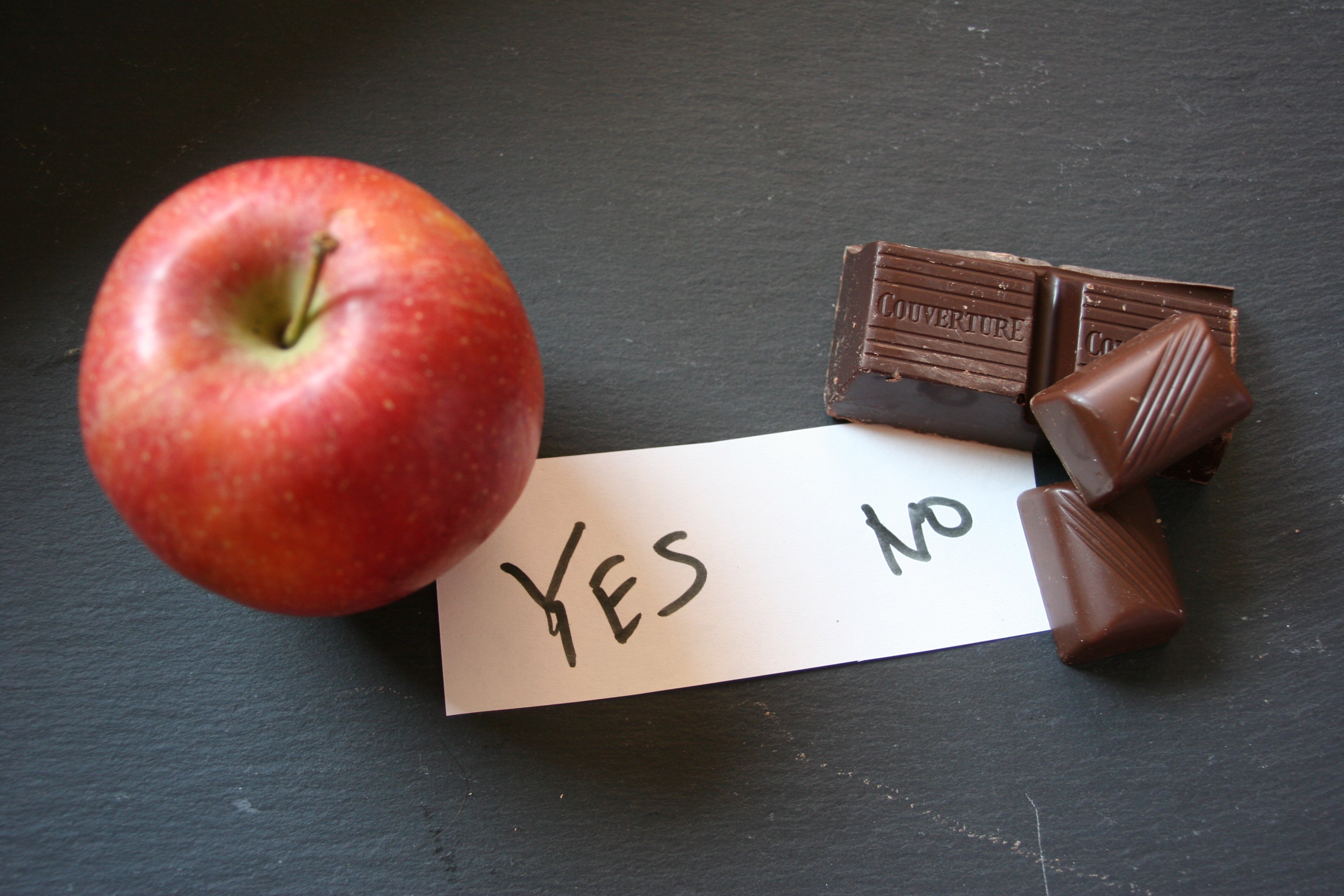 In one of my next posts, I will talk about the dietary habits that have worked for me and for people I’ve helped. In the meantime, here are some good ways to stand up to chocolate:

Be aware that you have a problem. You are not alone. Millions of people are in the same situation as you.

Find somebody who will give you support, and talk to them. Also, ask people not to bring chocolate back to the house, or to put it somewhere you won’t see it.

Don’t let your emotions decide what you eat. Don’t forget that chocolate will not bring you back your boyfriend/girlfriend; find you a job or sort out your problems.

Your body is an incredibly intelligent machine, and if you start to eat a healthy diet you will get a taste for these new foods. You will no longer think that a beautiful juicy apple is a boring snack.

Avoid eating it on an empty stomach, which may make you eat more of it afterwards.

Take a few minutes to decide whether or not to allow yourself a “treat” – this is Victoria Beckham’s method! She responds to each temptation with a moment’s thought that often enables her to get round the appeal of sweets (that said, I don’t recommend anybody to take her diet as an example. It would be unrealistic for lots of us).

For me, it’s neither one nor the other. When we were children, we were given sweets as a reward, which led us to associate them with pleasure. Today we’re more likely to hear “a minute in your mouth, a lifetime on your hips”.

It’s absolutely normal to want to treat yourself. Don’t make yourself feel guilty, and certainly don’t deprive yourself. If you resist it physically, one day your unconscious will take over and you’ll finish by losing control again, like a prisoner who goes completely overboard when he’s given one day of freedom. You need to make each choice with both your body and your mind. That may seem like a paradox, but just saying “no” can lead to alienation unless you thoroughly understand and accept the reasoning behind the decision. Never forget the importance of mental preparation.