The mulberry and natural weight-loss 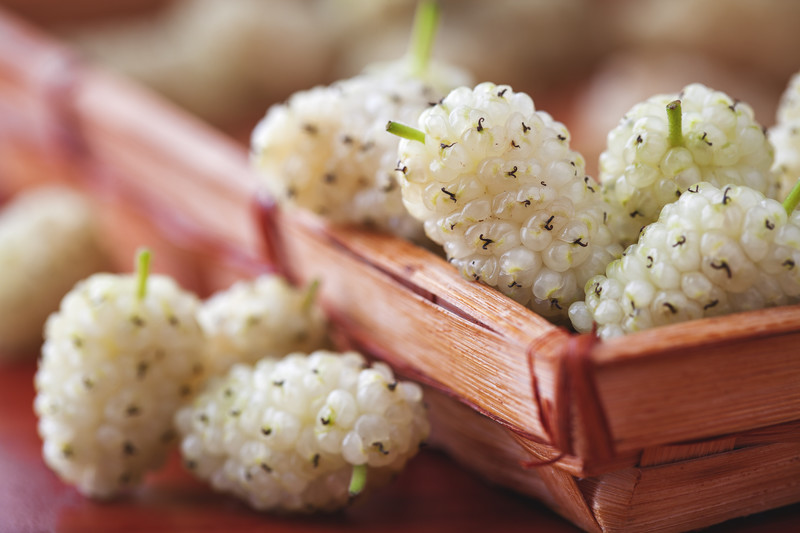 Mulberries are not only sweet and tasty; they’re also unusually rich in iron and calcium, and in fibre and protein. In traditional Chinese medicine, they are prescribed to tone up the blood, treat constipation, cure colds and delay the arrival of grey hair. Some substances recently discovered in the mulberry are able to help your body with weight loss, without starving it.

A study by researchers at the Chinese Academy of Sciences credits it with another virtue – mulberries are the new fat-burner food. The miracle ingredient? Mulberries contain high levels of rutin, a powerful antioxidant. In the body, rutin works in a particular way that helps with slimming by turning “white” fatty tissue into “brown”. They reached this conclusion by carrying out tests on mice that were either suffering from genetic obesity or were overweight because of eating an unbalanced diet. After adding rutin to their drinking water, the Chinese scientists found that the rodents lost weight.

The berries of the white mulberry tree also contain high levels of deoxynojirimycin (DNJ), which prevents carbohydrates being turned into simple sugars, and thus inhibits their absorption into the blood. By reducing blood sugar levels, this natural substance causes the body to metabolise fat to compensate for this and produce energy. In other words, mulberries help reduce the production of insulin and so reduce the body’s fat reserves.

A rapid feeling of satiety

Apart from its qualities as a fat-burner, the mulberry also works as an appetite suppressant. This slimmer’s friend reduces the desire for sweet things, eases intrusive feelings of hunger, and reduces the absorption of sugars by the intestines. This makes it a simple, natural solution for getting back in shape.